EAST LANSING – Triston Nichols has had quite the high school sports season so far.

The Warren De La Salle Collegiate junior standout helped the football team win a Finals championship in the fall and then helped deliver the same result on the hardwood four months later.

The Pilots pulled away in the fourth quarter to defeat 2021 champion Grand Blanc 67-58 in Saturday’s Division 1 title game at the Breslin Center.

It was De La Salle’s first Finals basketball title. The Pilots finished Class B runners-up in 1982.

“I actually brought (my football championship ring) with me, and I think it’s my good luck charm,” said Nichols, who had 17 points, including two timely 3-pointers in the second half, and five rebounds. 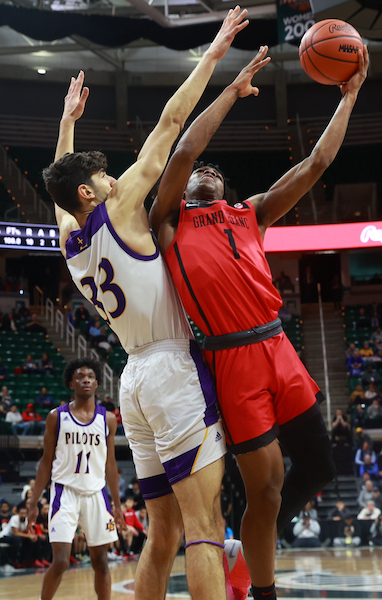 “It was definitely harder to win this one than football, and we went through adversity and we just did our job throughout the season. We locked in, and our connection got better and better.”

While there were high expectations that the football team could win a championship in the fall, duplicating that feat in basketball seemed unlikely after De La Salle finished fourth in the Detroit Catholic League Central and lost four of its last six games in the regular season.

Pilots’ junior Nino Smith, who led a balanced scoring attack with 18 points, said the rigors of their league helped prepare them for this historic run.

“Earlier in the season we went to double overtime against (Orchard Lake) St. Mary’s and showed a lot of resiliency even though we came up short,” Smith said. “A lot of games in the Catholic League came down to last possessions, so I think that really helped us.”

The Pilots countered with a 10-0 run to regain the lead as senior Tamario Adley converted back-to-back three-point plays during that stretch.

Adley finished with 12 points and was 6-of-6 from the free throw line.

“The kids were able to fight through adversity and it’s in their mental make-up to continue to fight, and the last few comebacks have gone our way,” De La Salle coach Gjon Djokaj said.

The Pilots held a slim 42-40 lead entering the final quarter, but never relinquished it thanks to several clutch plays and made free throws.

“We made winning plays down the stretch, and I thought overall we got contributions from a lot of different players at different times,” Djokaj said. “That’s what we’ve been built on all season long, and I’m happy to be going out with a state championship and the way we got here.” 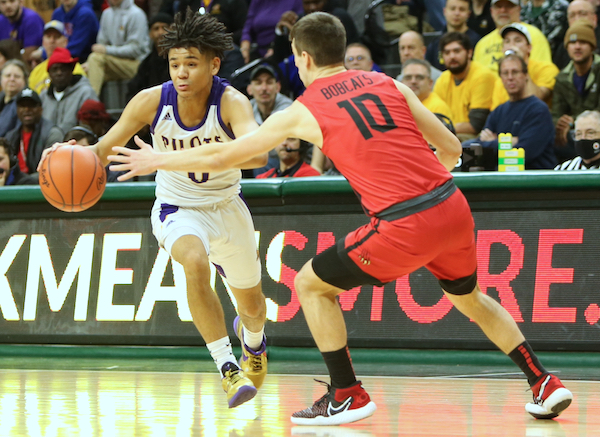 Junior guard RJ Taylor kept the Bearcats (21-5) within striking distance in the fourth quarter and finished with a game-high 28 points and seven 3-pointers.

“He's a heck of a player and made it tough on us,” Djokaj said. “He made individual-effort plays that I haven't seen in a while from one player. He should hold his head up high for the way he competed and carried his team.”

Tae Boyd added 14 points and eight rebounds for Grand Blanc, which won its first Finals basketball title a year ago.

“This was an unbelievable run, and everybody counted this team out from the beginning of the year. Nobody believed in this team,” Grand Blanc coach Mike Thomas said. “I take my hat off because they were out there fighting for themselves, and I take my hat off to Warren De La Salle too, and their student section. That was an unbelievable crowd to where I think that was a really great advantage for them, and they created a lot of emotion and momentum.

“They deserved to win. They outplayed us and outworked us and made more free throws in the end.”