With nearly 90 years of our own to recall, we enjoy history quite a bit at the Michigan High School Athletic Association. 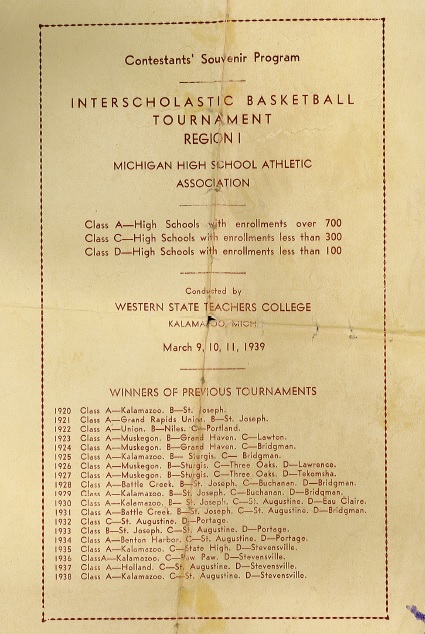 And we also enjoy when those who have been part of our events send us a souvenir like this 1939 Boys Basketball Regional program from March 9-11, 1939, at what became known as Western Michigan University.

Regionals for Class A, C and D were played at the then-Western State Teachers College, with Kalamazoo St. Augustine, Watervliet and Burr Oak emerging as champions, respectively. 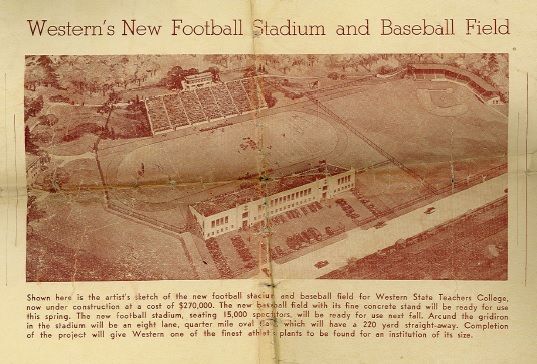 Below is the inside pages in full, including filled-in brackets for all three tournaments.