We close our “Through the Years” look at MHSAA tournaments with an event rooted in the earliest work of this association.

The Boys Basketball Finals were first played only a few months after the MHSAA formally was formed in December 1924. More than 400 champions have been honored over nearly a century of games that traditionally have finished up each winter.

This feature is from the spring issue of benchmarks, built and written by Rob Kaminski. Scroll to the bottom of the page for links to our previous installments. 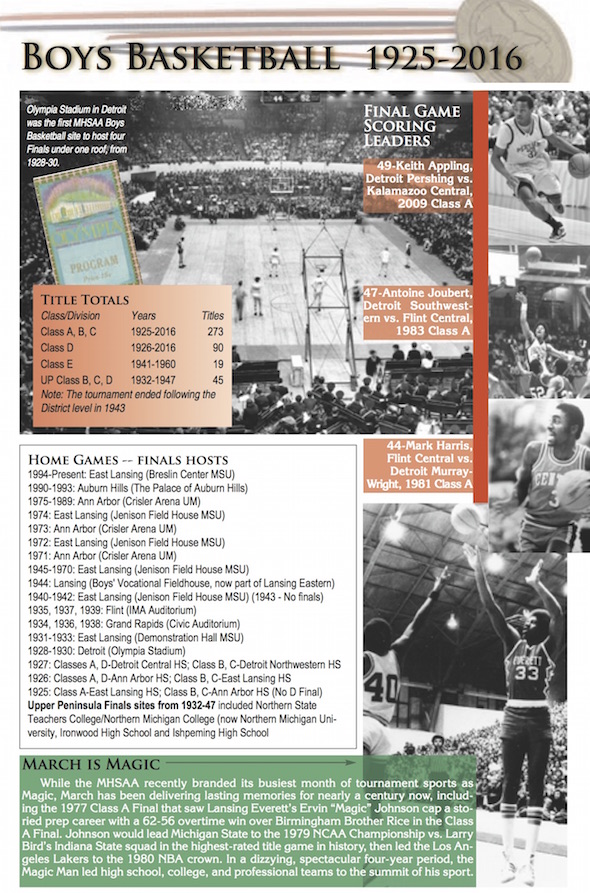