BROOKLYN — Jesse Hersha is the best small-school runner in Michigan, but he's got big-time talent.

Everybody else in the MHSAA Lower Peninsula Division 4 cross country meet Saturday was running for second place, as exemplified by Santana Scott's reaction when he finished as runner-up to Hersha at Michigan International Speedway.

Spotting Evart teammate Josh Woods in the finish area, Scott thrust his arms in the air and ran in his direction.

"Josh! I got second!" a delirious Scott screamed.

Hersha ran away with his third straight individual title, posting a time of 15:23.0 to narrowly miss the LP Division 4 record and win by 31.7 seconds over Scott.

Scott shattered his personal best with a time of 15:54.7.

Asked if the field was racing for second place, Scott said: "That's what I was feeling like. I didn't think I'd be able to catch him."

Hersha became only the third boy to win three championships since team and individual qualifiers began running in the same race in 1996, the first year for the LP Finals at MIS. Benzie Central's Jake Flynn won Class C from 1997-99 and Maverick Darling of Ovid-Elsie won Division 3 from 2005-07.

Four others who ran when there were separate team and individual races had the fastest time at the MHSAA Finals three times.

"When I won it my sophomore year, the first thing I thought was, 'All right, I've got to go through and do it,'" Hersha said. "It really didn't feel real until now that I'm a three-time state champion."

Hersha would be a threat to win or place high in any division in the state.

He ran his personal best of 15:07 on Sept. 12 at the Spartan Invitational, taking second to Royal Oak's Ben Hill in an elite field stacked with some of the best Division 1 runners in Michigan. He finished ahead of Waterford Mott's Ryan Robinson, who was 21st in last year's Foot Locker national meet.

"It's nice to be able to look at the state meet as low-pressure, because I feel I can win every time," said Hersha, whose next race will be the Foot Locker Midwest Regionals on Nov. 29 in Kenosha, Wis. "Obviously, if something goes wrong, I won't win. I'd honestly rather race the bigger guys, even if I don't win the race." 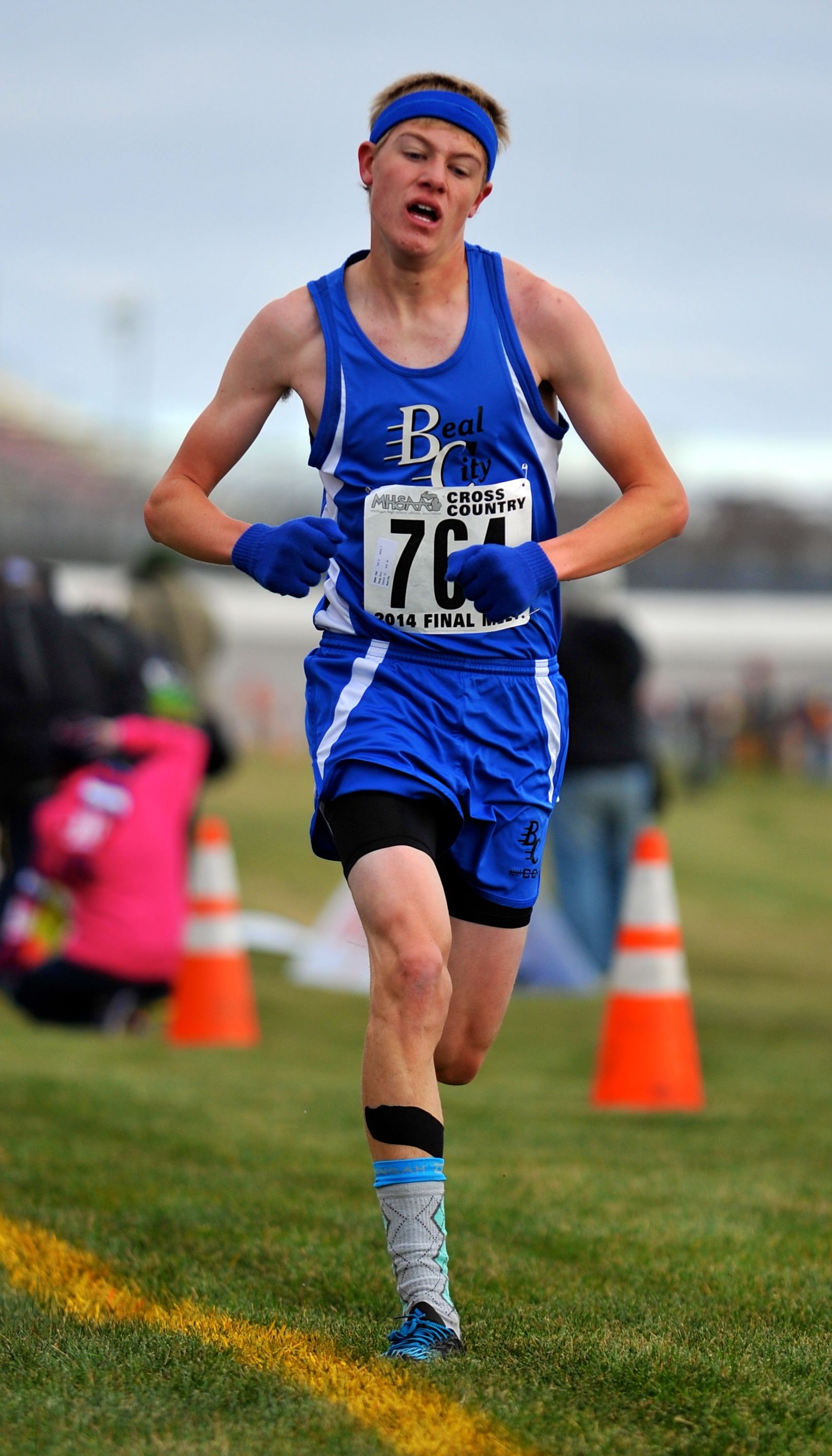 The only thing that didn't complete Hersha's final season at Concord was that the team didn't win its third championship in his four-year career, taking fourth with 123 points.

Senior Nick Pung was third in 16:19.3 and junior Ethan Schafer seventh in 16:33.9 to lead Beal City, which was in the MHSAA Final for only the third time. Last year's seventh-place finish was the team's best showing in a Final before Saturday.