BATTLE CREEK – It was better to be the hunter than the hunted Saturday in the MHSAA Division 4 Final at the Bedford Valley Golf Club.

White Pigeon was third after the first round Friday and trailed first-place Charlevoix by seven strokes, but made it up in a big way Saturday to win the second MHSAA title in school history – the first came in 2002 – by nine strokes over the Rayders and Lincoln Alcona.

Meanwhile, the same happened in the battle for individual champion. Junior Joel Sneed of Leland was third after the first day and trailed by four strokes, but shot a 1-over-par 73 to capture the title by four over Sam Wagner of Pentwater and Noah Schneider of Jackson Christian.

Schneider had a three-stroke lead after an opening 70 but ballooned to 81 on Saturday to open the door for Sneed, who grabbed the lead when he chipped in from a bunker on the 11th hole.

“Kudos to Noah,” said Sneed, who was fourth as a freshman and 11th last year as a sophomore. “He started out really, really solid, and I kind of expected him to be nervous at the beginning.

“It’s hard to play with the lead – I’ve been in that position before, but not in the state tournament but other tournaments – and it’s really, really tough to play with a four-shot lead. You feel like with every shot that you lose, ‘Geez, there’s another one gone.’ “I thought I was in a good spot.”

White Pigeon was similarly consistent with a 328 on Friday and 326 on Saturday. Its top four players each shot between 76 and 87 both days.

“We’ve been preparing for this for a long time,” White Pigeon coach Mark Olsen said. “The kids have really gone with the strategy of hitting the fairways and the greens – you can keep your score under control doing that - and it worked.

“They deserve the credit and followed the plan to the letter, and good things happened.”

The Chiefs broke it open when Riley Olsen, Andrew Mann and Jordan Olsen each birdied a hole simultaneously on Nos. 14, 15 and 16. 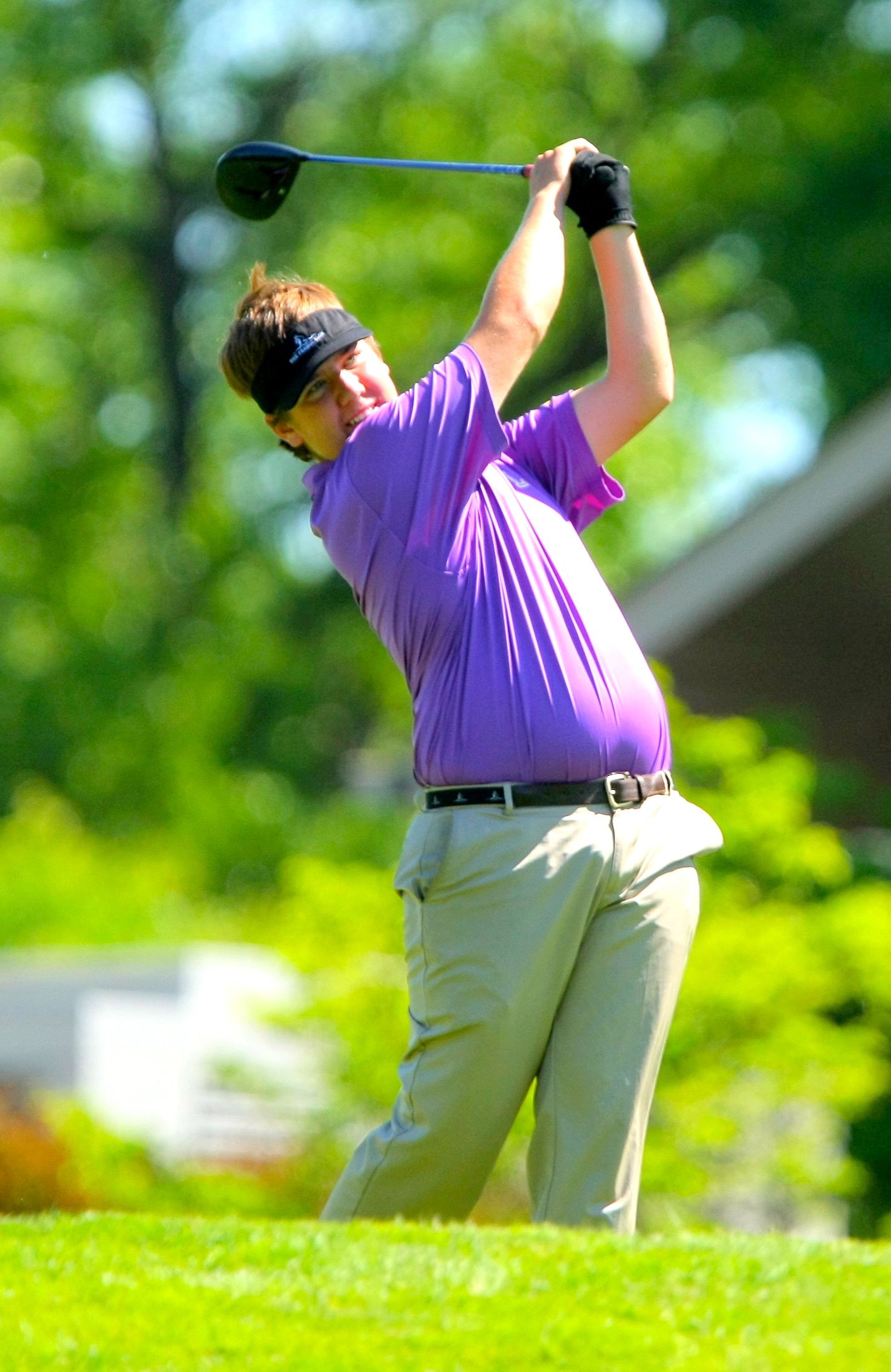 Riley Olsen said he received some solid advice from his older brother Chase, who was on White Pigeon’s runner-up team in 2009.

“The par 5s out here are real tough – they have water and bunkers – so Chase said, ‘Why hit drivers and risk getting yourself in a bunker and then hit a long club and risk it again?’ So I hit hybrids and irons and made a couple of birdies on par 5s too, so it worked out perfect.

“I could not be happier with my game plan.”

Mann, who said he struggled a week earlier in the Regional, was second for the Chiefs with a 158 total after rounds of 76 on Friday and 82 on Saturday.

“I didn’t play very good at the Regional, and I learned a lot from it,” he said. “I wasn’t hitting good shots, so this week I worked really hard during practice, and it turned out great.

“It feels really, really good. I’m so proud of my team. We wanted to win, and we won.”

Freshman Jordan Olsen, younger brother of Riley and son of coach Mark Olsen, added rounds of 84 on Friday and 81 on Saturday for a 165. Like his older brother, he heeded some pre-tournament advice.

“Riley gave me some strategy for different holes and told me just to keep calm and have fun,” Jordan Olsen said. “Riley and I compete against each other in every practice every day, and we strive to beat each other, and that’s how we got better and how we got to where we are today.”

Coach Olsen said the addition of Jordan Olsen to the team this year was instrumental in it becoming a complete team.

“We did not even make it to the Regionals last year,” he said. “When my younger boy Jordan came into high school, that really strengthened the team, but I still didn’t think we would be this caliber of a team because it takes four.

“We had three all-state kids in 2009, but we didn’t have a fourth. This year, we had four that have been playing solid intermittently, and now we have them playing together. You have to have four playing together.”

The fourth this weekend was junior Christian Ryall-Shoup, who had back-to-back rounds of 87 for a 174 total.

“It’s crazy,” Jordan Olsen said. “We weren’t even expected to get to state this year, and the fact that we won is mind-blowing, especially as a freshman.

“We were hoping to get out of Regionals, and we won state.”

After the first round, Charlevoix led with 321, while Auburn Hills Oakland Christian was second with 327 and White Pigeon was third at 328.

“A 328 here is an awesome score, and we bettered it (Saturday),” Mark Olsen said. “This course is going to bite you. If you hit it into the trees, it’s a one- or two-stroke penalty every time. Our guys hit fairway to green, punch out of trouble.

Riley Olsen said he wasn’t concerned about his team’s position after the first round.

“It was definitely a calming thing,” he said. “We knew the teams ahead of us were definitely thinking about it – you could tell by their scores. Both teams went 20 shots worse.”

Coach Olsen also was pleased with the position his team was in after the first day.

“We set out with the idea that we’re the hunter, so we started out trying to put the pressure on them and see what happens,” he said. “The other teams didn’t respond very well, and we just kept the gas pedal down, and it just worked out really well.

“I’d rather be the hunter than the hunted; I know that.”

PHOTOS: White Pigeon’s Riley Olsen follows a shot during the second round of the MHSAA Division 4 Final. (Middle) Leland’s Joel Sneed watches an approach on his way to claiming the individual championship. (Click to see more at HighSchoolsSportsScene.com.)