The six varsity players, coach Brian Seifert and their families are headed to Memphis next week.

“We plan to take in a couple of golf courses down there and also have the opportunity to play the TPC Southwind that hosts the FEDEX St. Jude Classic, so we’re excited about that,” Seifert said.

“We’re going to be at the Martin Luther King Jr. 50th anniversary of his assassination on the actual day, April 4, so it’s a little bit of an inspiration trip along with the golf to get us focused for a big run on the year.

“We’ll be down there to play some golf and eat some barbeque.”

Three of the Comets, who as a team finished third at the Lower Peninsula Division 4 Final last year, had a bit of a delay in starting this season.

They were part of the K-Christian basketball team that lost in the Class D Quarterfinals last Tuesday.

While the rest of the golfers were already practicing, seniors Colin Sikkenga and John Cramer plus junior Ben Cramer did not pick up the clubs until Wednesday.

“The speeds are a lot different,” John Cramer said of the two sports. “After a little bit, you start to get used to golf again. The first week and a half or so, it’s a little tough to make that transition.”

Once they make that transition, the team will start the journey to what it hopes is another shot at an MHSAA title. 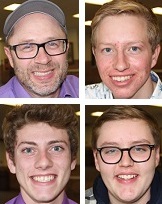 “That’s what it comes down to. Anyone can really win it. It just depends on how well you play those two days.”

Although they lost their former home course when Thornapple Creek Golf Club closed last year, they moved to a closer one: Kalamazoo Country Club.

“That is pretty awesome,” said Sikkenga, a finalist for the coaches association’s Mr. Golf Award last year. “I’m excited. Hackett (Catholic Prep) would do their invite there, and I’ve done that since freshman year.”

The country club has not been home to a high school team in 40 years, according to Seifert.

Two of the golfers, Ben Cramer and Bouma, both caddy there in the summer and know the course layout very well.

“That will help,” Cramer said. “But most of us on the team have played the course quite a few times.”

Sikkenga and the Cramer brothers all started swinging the clubs at a very young age, but in different ways.

Sikkenga’s parents do not play golf, while dad Rick Cramer had a membership at Thornapple and started his sons in the sport.

“I had the Little Tike’s blue plastic club and I just started hitting balls,” Sikkenga said. “I loved to hit the ball really far. I think that’s why I liked it so much.”

Hitting the long ball is just one asset that put the scratch golfer on varsity all four years.

“The thing about Colin that is good for everybody else in his leadership is that he is so patient playing golf,” Seifert said of his senior captain. “That’s a real important asset to have in golf because it just takes so long to get around, and you get groups that get stacked up on top of each other.

“Nothing rattles him. That’s a real bonus when you’re playing golf.” 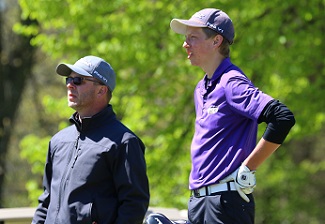 Sikkenga will attend Oakland University on a golf scholarship with an eye on a pro career.

“My goal since I’ve been little has been to play professionally,” he said. “It’s definitely a goal that is not easy by any stretch of the imagination.”

"Colin brings a lot of national exposure and experience to our program,” he said. “Not only has Colin tested his game against the best players in the country, he's had success doing so.

“I'm looking forward to Colin carrying over that success and experience into our program next season.”

Besides playing their opponents, the Cramers also compete against each other.

“Oh yeah, there’s always a competition with my brother,” John Cramer said. “We always compare scores after the round. I usually win.”

“It’s all fun, but our dad usually wins. He’s better than both of us.”

While the brothers share camaraderie on the course, one thing they do not share is their clubs.

“He can get up and down from spaces that most people can’t,” the coach said. “He likes to scramble when he plays golf. It’s not uncommon for him to run together five, six long putts in a row for par or birdie just to keep the round going.

“Golf’s a matter of streaks sometimes. You get on a roll, and he can find those sometimes and put quality rounds together.”

It is also a mental game, Ben Cramer said. 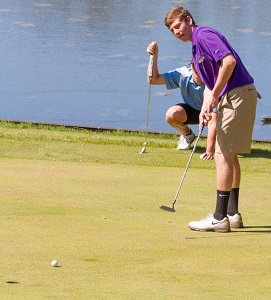 “You have to be focused all the time when you’re around the ball. You have to focus on how far you’re hitting, what the wind’s doing.”

Cramer describes himself as the jokester of the team.

“Ben carries us well with his humor,” he said. “The whole team is a load of fun to be with. For him, he’s so quiet and unassuming that you would never know if he’s having a good round or a bad round. It’s kind of like calling him patient.

“He doesn’t get down on himself. I think that’s where I noticed him being the most improved last year. He got better with each shot. Even if he did hit a bad shot, the next one was right on the money.”

None of the three boys have had hole-in-one, but their coach, who is a pastor at Milwood Community Church, has had two.

“My mom taught me to play golf when I was 5, and I haven’t stopped since,” said Seifert, who grew up outside of Seattle.

“For a number of years I managed a golf resort, so I played a lot of golf that way.”

In addition to his two aces, “I also had a double eagle, an albatross,” he said. “I’ll take that.

“Golf’s meant to be having fun, and it’s hard to score when you’re not having fun. If you’re not enjoying it, there’s no point doing it.”