HARBOR SPRINGS – Marquette made up a lot of ground in not a lot of time.

The Redmen, who finished behind Traverse City Central in their Regional two weeks ago, put that in the rear-view mirror by winning the MHSAA Division 1 Finals championship Monday at Boyne Highlands.

"At Regionals, we knew we still had a lot more to give," Marquette's Joe Weber said. "TCC, they're a good team, but we knew we could be a lot better. We just performed."

Central won by 37 points two weeks ago, but the Redmen turned the tables and won by 13 this time.

"Between the two Traverse City teams and us, it's anybody's game," said Marquette coach Marty Paulsen, who won his third team crown in five seasons at the program's helm. "Everybody has to have their 'A' game on that day. I knew our guys had the potential. We just needed to all have four good runs."

Clarkston's Derek Vanitallie won both individual titles, the slalom by a half-second over Bloomfield Hills' J.T. Stewart and the giant slalom by only 0.49 seconds over Central's Lars Hornburg.

"Lars skied excellent; Dirk Phelps and Brendan Wells were excellent," Traverse City Central coach Nick Stanek said. "We're happy with our second place. Marquette always has a (good) ski team up there – and they always will. Maybe next time (for us)."

Even with Vanitallie's efforts, the Wolves were a distant third. Marquette scored 47 points to 60 by TC Central and 114 from Clarkston.

That Regional setback wasn't necessarily a motivating factor, Weber said, but it didn't hurt to avenge it by winning the school's 10th boys championship. 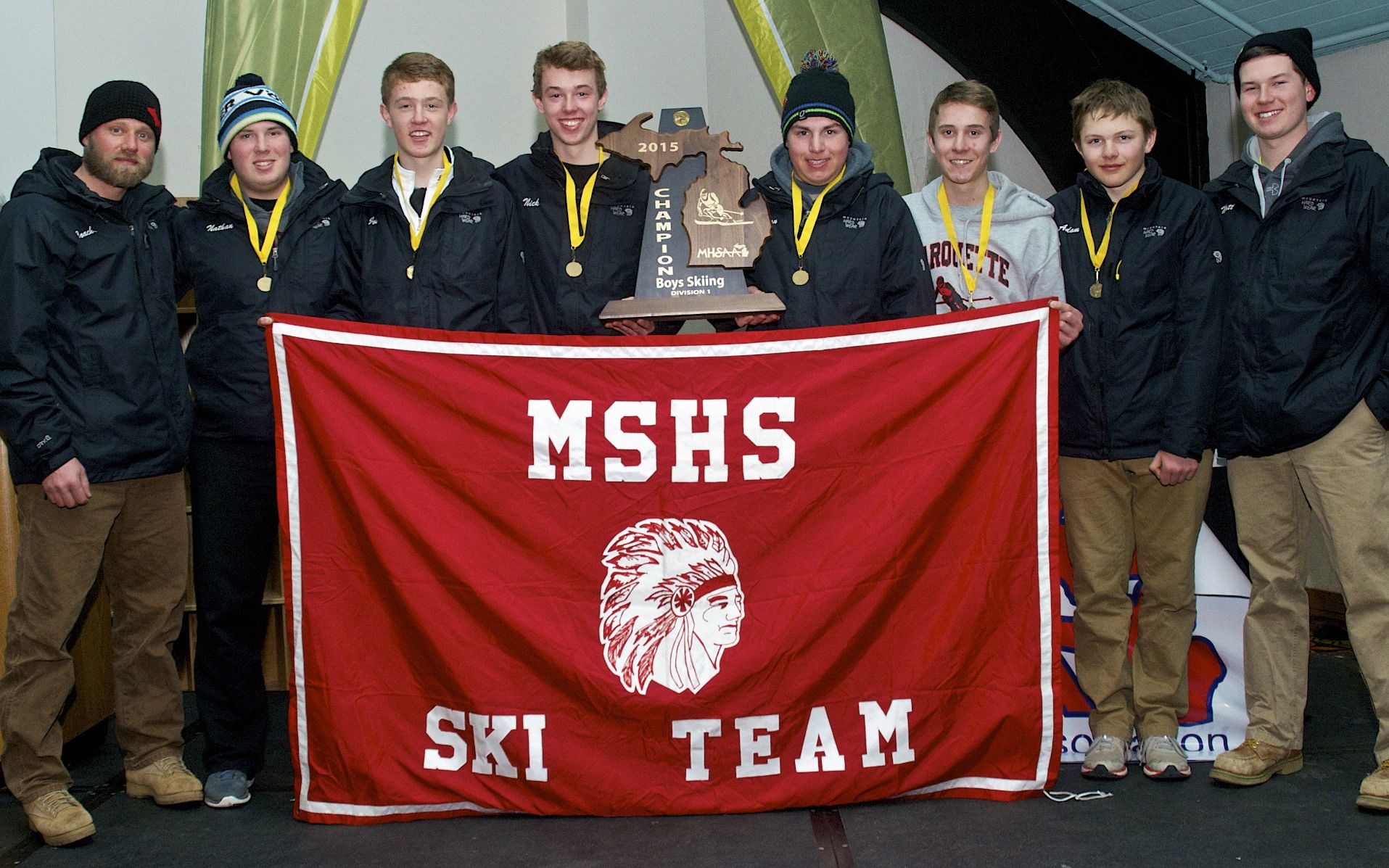 "We were just looking to get to states, that's it," said Weber, a junior who has won an MHSAA team title every year in high school.

Drew Thomas – who along with Joe Weber crashed at Regionals – claimed fourth in GS and eighth in slalom to give the Redmen three top-10 finishers in both disciplines.

Marquette's effort allowed them to offset the loss of Nathan King in his second slalom run.

"Nate King had a great first run in slalom," Paulsen said. "Unfortunately, he got hooked up on a gate in the second run. But our fourth seed, Adam Skenzel, he's a sophomore, and he knew he didn't put on his best performance (in) his first run and he came back strong and had a great performance for the team."

Skenzel would place 10th in slalom and 13th in GS as Marquette's last counter in each.

"He's a lot of fun to watch ski slalom," Stanek said of Hornburg. "His first one was the one that looked the fastest, just because the course was a little more open."

"We beat them at Regionals, but today was just not our day," Hornburg said. "We didn't put it together quite as well as (in Regionals)."

Hornburg said this season was the quest for Central's 20th state championship. And as a junior, he'll be able to continue that quest next season.

But cold temperatures in single digits and wind chills dipping into the minus-20s couldn't deter Marquette on Monday.

"That's been the goal all season long," Weber said. "Eyes on the prize. Three in a row."