They came into Saturday’s U.P. Division 2 Finals as two-time reigning champs and had won five titles over six seasons prior to last year when all spring sports were cancelled due to COVID-19.

This time the Hematites and Norway shared the title with 95 points each. Third-place Iron Mountain had 85.

For Norway, this was its first championship since 2004.

“Not bad for us, especially with having just 10 boys,” said Norway coach Al Trudeau. “At the beginning of the year we weren’t expecting this. We had a great bunch of kids who worked hard. We had a great year.” 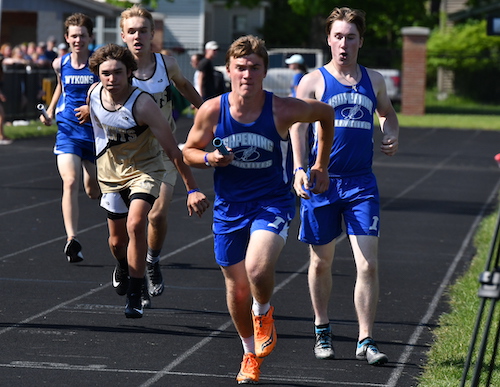 “We had a good day,” said Ishpeming coach P.J. Pruett. “Overall, our kids did well.”

Iron Mountain enjoyed much of its success in the sprints with senior Dante Basanese taking the 200 (23.84) and sweeping the speed relays.

“Norway has a good team. We felt they were the team to beat.” 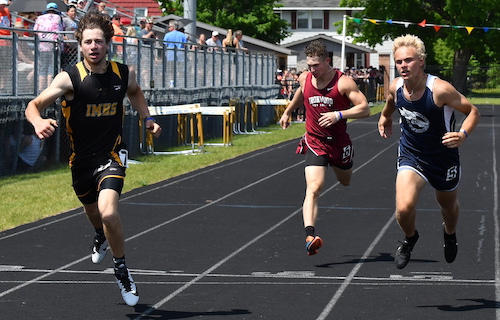 Iron Mountain won the Regional at West Iron, and Norway was crowned champion at Ishpeming.

St. Ignace got firsts from Christian Koiveniemi in the 100 (11.79), who edged Gwinn’s Max Jayne by one hundredth of a second, and Trevor Visnaw in pole vault at nine feet. Basanese was third (11.82) in the 100.