A runner who starred 90 years ago for a western Upper Peninsula high school that closed long ago surely won’t jog many memories these days.

But Lawrence Pedo’s accomplishments in 1928 were noteworthy and remain memorable as we turn the page on another spring of track & field championships.

The MHSAA began sponsoring statewide track & field finals meets in 1927, drawing qualifiers from a series of Regionals. The first Upper Peninsula Regional was added to the lineup a year later, and on May 19, 1928, Michigan College of Mining and Technology – better known as Michigan Tech – hosted hopefuls from 23 schools who competed in Class B, C and D for the opportunity to travel downstate and face Michigan’s best at Michigan State College in East Lansing. 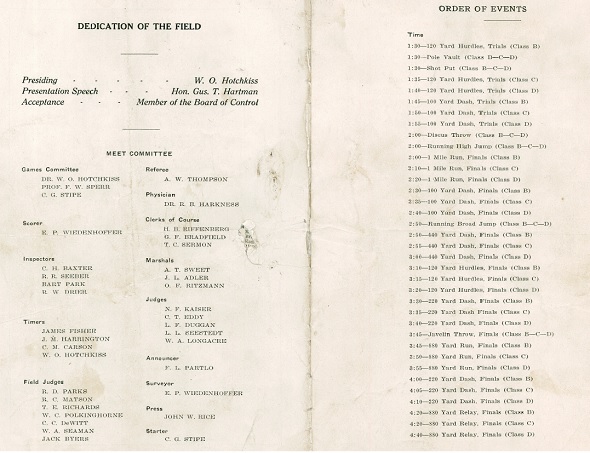 While this program from that first Regional meet survives, results for the Class C and D portions are not easily available (although the Class B winners were found in the archives of the Escanaba Daily Press and  show nine first places across 14 events for the “Escanabans,” as referred to by the home paper.)

It’s a fair guess that Vulcan’s Pedo had a good day in the Class D Regional portion as well. The following week at MSC – now MSU – Pedo won the 880-yard race in 2:08.1 and took second in the javelin throw. His 880 time remained a Class D Finals record until 1940, which, coincidentally, also was the first season with separate championship meets for the Upper and Lower Peninsulas. 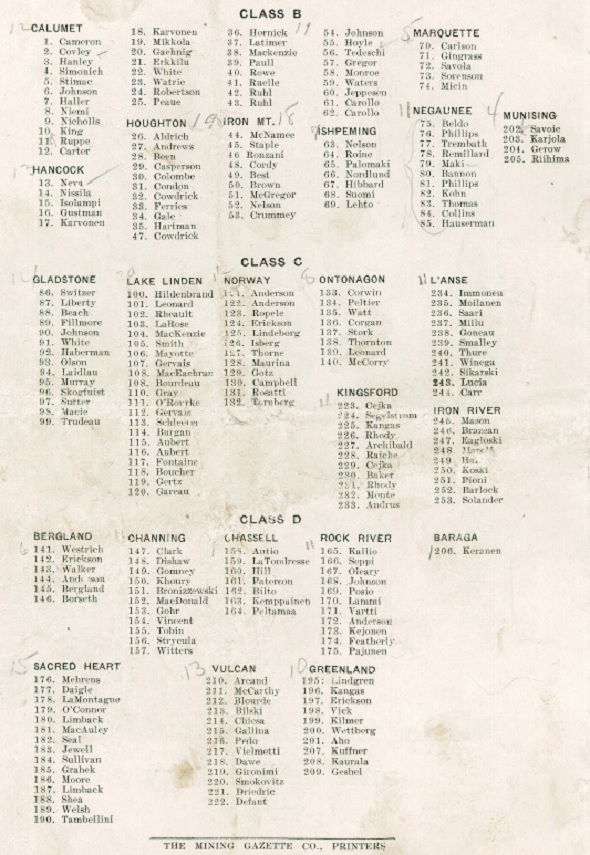 The Regional program includes a page listing the meets officials and order of events, but also a list of all competing athletes, pages to write in event-by-event results, and an advertisement for Michigan Tech. 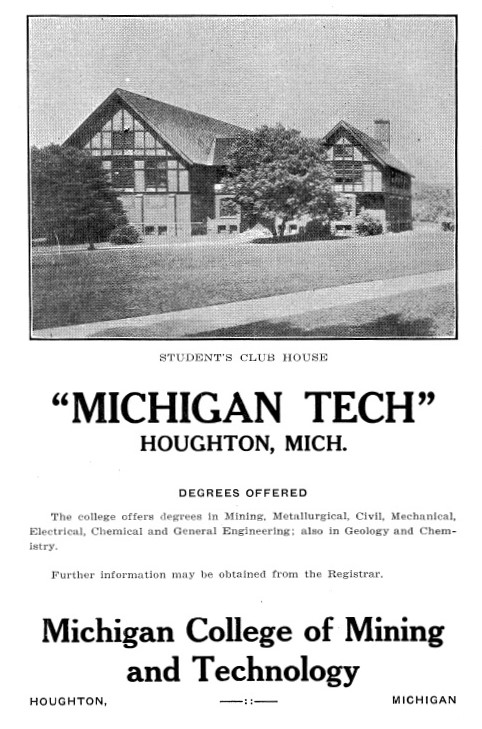