The Capac girls basketball team and its new coach, Ryan Rossi, had been waiting a long time for the events of Dec. 11.

For Rossi, it was the end of a 20-month wait for his wedding, which was originally planned and rescheduled twice – first in April of 2020, then later in December of that year.

That meant, however, he wasn’t in the Capac gymnasium when the team he took over this past September was able to celebrate the end of its own long wait. The Chiefs defeated Flint Southwestern 41-19 that afternoon, picking up their first win since Feb. 20, 2020.

“We screamed a lot,” Capac senior Juliana Closurdo said. “We were really excited. It almost didn’t even feel real because we haven’t experienced that in so long. I know everybody was so ecstatic. (Rossi) actually sent us all a group text and said congrats, and that he had the whole wedding party watching. That felt great, getting that support, that he was at his wedding, and he was watching us and cheering us on.”

Capac is 2-3 to start the season, a big step forward after going 0-14 in 2020-21, and just one win away from matching the program’s total over the past two seasons (three). While the wins are more than welcomed and confirmation the Chiefs are making improvements, the goals for this season are much simpler. 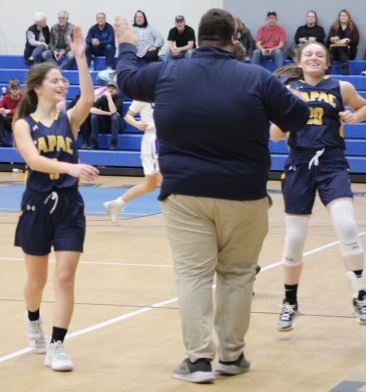 “I feel like we’ve already gotten off to a successful start,” Closurdo said. “A successful year for us is just playing with joy. Last year was really rough on everybody, and I know that I haven’t played with this much happiness in a while. Being able to play and be happy on the court, and not having the pressure of having to get a win and being able to go off that momentum, it’s great.”

Rossi came to Capac from Yale, where he still is a teacher and had previously coached at the middle school and junior varsity levels. Since he wasn’t hired until the fall, he had to learn about his players through a handful of open gyms and by going through old Capac game film and some of his own, as he had coached against a few of the girls with the Yale JV.

“Also, I didn’t really care,” Rossi said. “Last year was last year. Their previous experiences were their previous experiences. Let’s go in, and the first thing we have to do is make this a place where these kids want to be. These girls made it easy. They are a great group, they’re awesome. Right away, they treated me like their family. They were really accepting.”

Rossi was impressed with the players’ enthusiasm and energy coming into the season. They noticed the same thing with their new coach.

“He always wanted us to have high energy, and he’s always telling us to believe in ourselves,” Capac senior Erica Yeashevich said. “Just the high energy he has, I feel like that was really helpful. And he put us all at the same level when he walked in.”

Capac opened the season with a 44-11 loss against Deckerville, but even in that game Rossi said he saw some glimmers of hope. That was followed by the win against Southwestern, which had Capac at .500 for the first time since 2017. 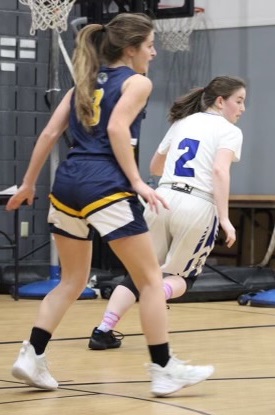 While that win snapped the 16-game losing streak, it was the second win, 32-24 against Kimball Landmark in Game 4, that showed Rossi more about his team.

“As a team, we have really adopted the mindset of we can only control what happens one play at a time,” Rossi said. “Say we’re down 10 points early, there’s not a shot that’s going to score 10 points. We’re not scoreboard watching, we’re taking it one play at a time. If you miss a layup, that has no effect on your next shot. The girls are really adopting that mindset. In the game against Landmark, that was huge, because we were having a very poor shooting night.

“That’s been very player driven. There have been messages that we wanted them to think about, but they have taken it and ran with it. They are very much responding and making it their own, which I think is huge. That speaks to the players we have, especially the seniors.”

That mindset has led to Capac setting smaller, attainable goals as it continues to look for positive momentum within the program. The Chiefs know a Greater Thumb Conference East title isn’t likely, but that doesn’t mean they can’t push teams like Sandusky and Harbor Beach beyond what they’ve been able to in the past. And if more wins are the result of that attitude, even better.

“Honestly, I feel like our expectations aren’t that high, so a successful year for me is reaching all of the small goals, getting better and improving on last year,” Yeashevich said. “The big thing for me is just having fun playing basketball. So far, basketball has already been the highlight of my day every day this season.”