EAST LANSING - The girls basketball community in the state of Michigan probably couldn’t have felt any happier for a coach, and despite being focused on the task at hand, Don Palmer did have some time for self-reflection.

“I’ve done it for a long time and you always dream about it, and you don’t think it’s going to happen because it’s so hard to do,” Palmer said.

It might have taken Palmer more than four decades to reach the semifinals, but he and Hartland didn’t let its historic run stop there, taking charge in the second half and earning a 52-42 win over Wayne Memorial.

Hartland (25-1) advanced to meet West Bloomfield for the state championship. 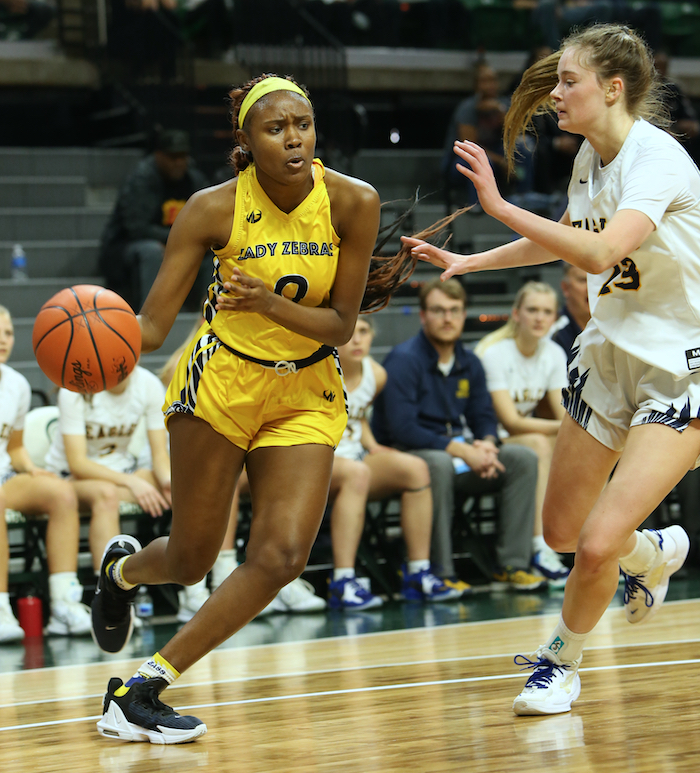 “It’s always in the back of our minds since we were freshman,” said four-year player Amanda Roach, referring to a state championship. “It’s just always been on our mind.”

Hartland and Wayne Memorial might be in the same league, but they didn’t play each other during the regular season.

They were on a collision course to meet in the KLAA semifinals, but Wayne Memorial was knocked out by Howell in a semifinal (Hartland ended up beating Howell in the title game).

But the anticipated meeting turned to be delayed, not denied.

Hartland eventually took a 36-26 lead into the fourth quarter.

The lead continued to balloon in the fourth quarter, with Hartland breaking down Wayne Memorial in the half-court beautifully and making the good shots that ensued, taking a 46-28 lead with 3:42 remaining in the game.

Wayne Memorial (24-2) couldn’t mount a serious rally for the rest of the game in suffering its fourth straight loss in the semifinals.

“Hartland is a very tough team and a veteran-led team,” Wayne Memorial head coach Jarvis Mitchell said. “They just played harder. They just didn’t want to lose and it’s hard to beat a team like that, that doesn’t want to lose.”