By Jon Malavolti
Special for Second Half

Davison was looking to become the first school to win four straight MHSAA team bowling titles. But Dakota had other plans when the squads met in the Final.

The Cardinals took a two-pin lead following the pair of Baker games to open the match, but the Cougars took over from there, filling up the frames with strikes and spares.

“We were completely determined,” said Dakota’s Sierra Stade, one of five seniors who bowled in the Final. “We came in here saying we want to win this, it’s our last year, and we did. To finally win was amazing.”

“You can see at the end, they fired back, Hannah and Sierra shot those awesome games to keep us on fire,” Dakota coach Kevin Wemyss said. “How do you put it into words? It’s awesome. All in all, they bowled great all day.”

The title is the program’s first.

While it was a bittersweet end of the run for Davison, Cardinals coach Tracey Greene was proud of how far the squad got this season.

“Actually, I didn’t know if we’d get to the Finals,” he said, noting the team’s overall youth. “They’ve been working hard all year to get to where they got, but it wasn’t quite enough in that last game. Dakota … they had a good start and we just could never catch them. Hopefully we’ll get back here again next year.”

The team’s lone senior, Brooklyn Greene, a member of the previous three championship teams, also was impressed with the team’s effort.

“I think getting second was awesome. I didn’t really expect to get this far,” she said. “I’m so proud of them.” 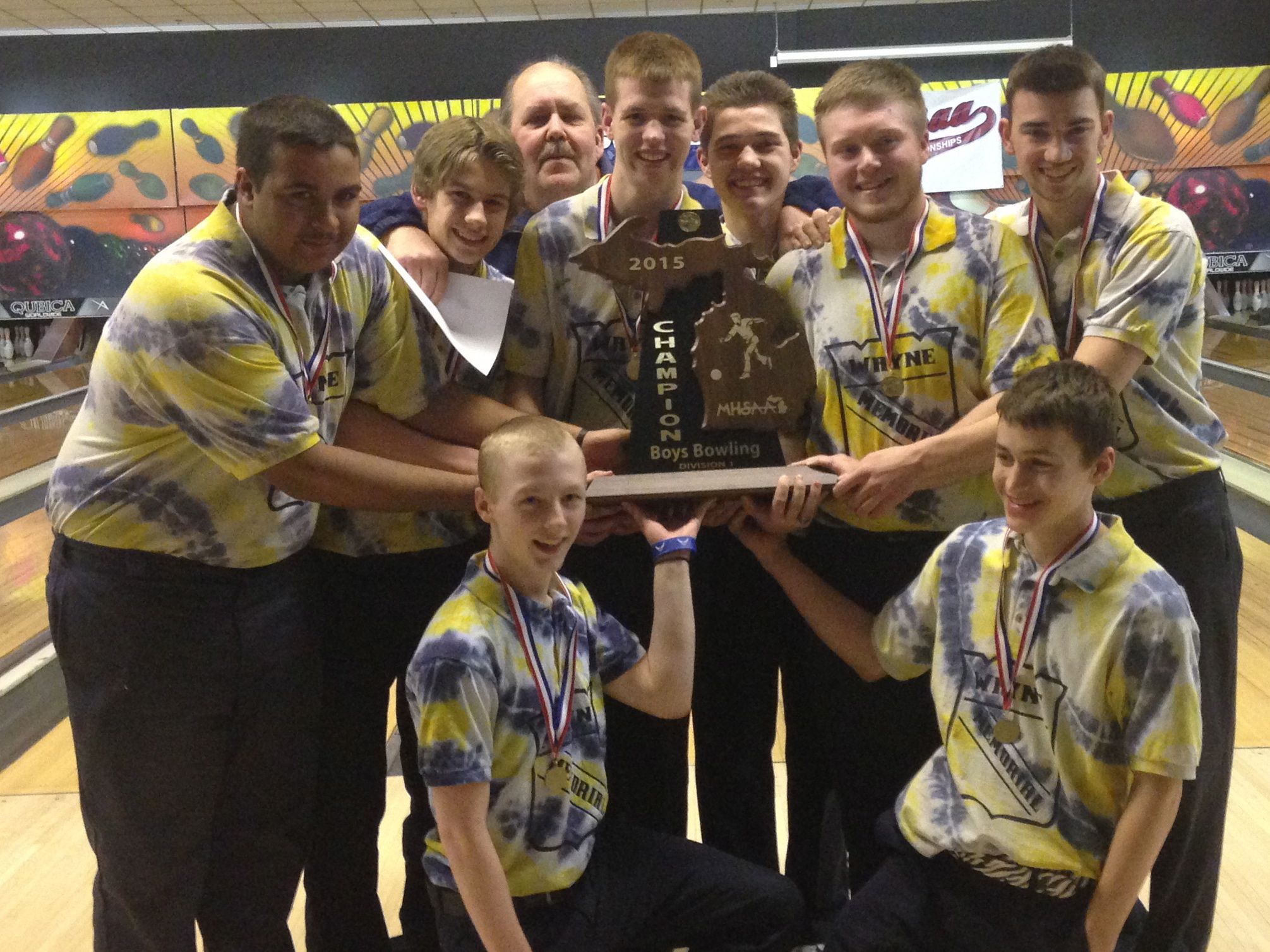 “We were down a couple of times, and they bounced back. They never stopped trying,” he said. “They fought hard all year. I’m really happy for them because they deserve it. I’m really proud of them.”

“It’s honestly mind blowing, it’s crazy,” he said about winning the title. This is one thing I’ve always been wanting, especially the team … it’s big. It really brings it home. This team started from the bottom, and we got there, we got on top.”

Heritage coach Todd Hare believed his bowlers gave it their all during the long day of intense competition.

“We bowled really well most of the day,” he said.

The coach noted that the Hawks “turned it up a notch” late in qualifying before making their run. “And then we just couldn’t quite get it rolling,” he added.

The Finals appearance was the second in three years for the Hawks, as Hare noted it was the end of an impressive era for his five seniors.

The title is Wayne Memorial’s first, after the Zebras lost in the 2009 Final.

Click for full girls results and boys results. Photos will be added Saturday.