ROCHESTER — Emily Converse, Gabby Higgins, Rileigh Eding and Riley Kishman all had a year to replay the races in their minds.

A fraction of a second here, an extra lean there — that's all that stood between them and individual championships at the 2013 MHSAA Division 3 Lower Peninsula Swimming and Diving Finals.

Given an opportunity to take one last step to the top spot on the awards podium, all four succeeded to win individual titles on Saturday at Oakland University.

Five of the eight individual swimming events were won by last year's runners-up.

The team championship, however, remained once again in the hands of East Grand Rapids. The Pioneers repeated as Division 3 champions, winning their 19th MHSAA title in the last 36 years by a 424.5 to 267 score over Grand Rapids Catholic Central.

"You don't ever go in absolutely expecting it," said Milton Briggs, who has won 29 total MHSAA titles coaching the boys and girls teams at East Grand Rapids. "You know you've got some good kids and you know they've been working hard, so you hope for the best."

Higgins, a sophomore at East Grand Rapids, had to ponder two second-place finishes from her freshman year. She was second in the 50- and 100-yard freestyle races to Hamilton's Stephanie Johnston, who returned Saturday to defend her titles.

"It's really motivated me to work on the little things," said Higgins, who was also on two winning relay teams Saturday. "It's really good to have someone like (Johnston) to push me. We do a good job of pushing each other."

It also helps to have some of the best swimmers in the state to train with and race against on a daily basis. 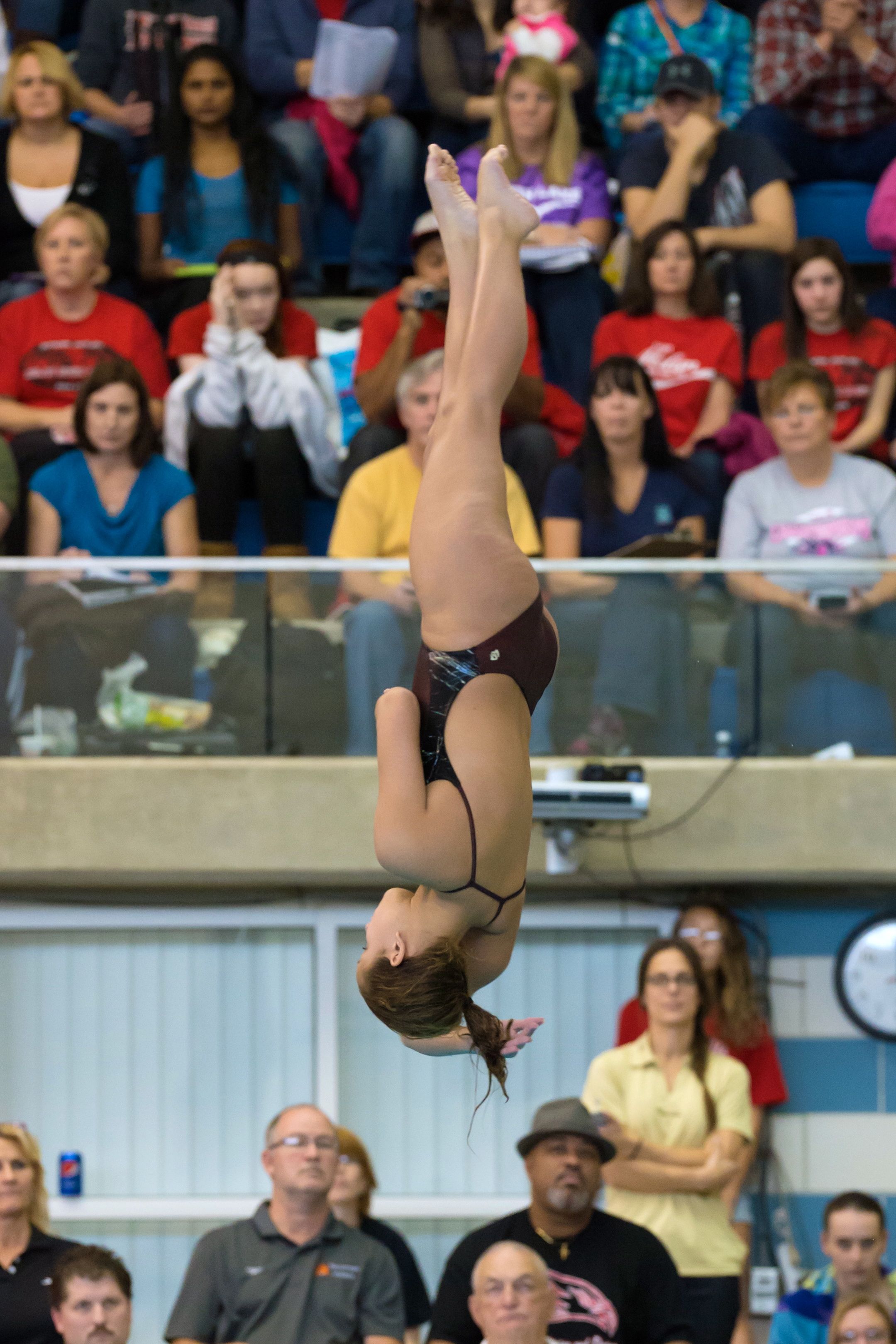 "It's really awesome," Higgins said. "It really helps to push each other and work on our races. We're really supportive of each other."

"Last year I went into the (200) finals seeded first and got touched out at the end," Converse said. "I didn't want history to repeat itself. I was really motivated today. I was very focused."

Converse pulled off a difficult double, taking the meet's longest event and returning to swim the third leg of the next event, the 200 freestyle relay.

East Grand Rapids was in second place when Converse hit the water in that relay, but was in first place to stay after she swam a 24.24-second leg.

Eding, a junior at Hamilton, was second to a senior last year in the 100 backstroke. Returning as the favorite, Eding won by 1.38 seconds in 56.26.

Kishman, a sophomore at Grand Rapids Catholic Central, won the 200 individual medley last year, but settled for second in the 100 breaststroke.

Kishman was also on a winning relay team and a second-place relay team.

"The person who beat me last year graduated, but I knew it would still be tough this year," Kishman said. "There were some good freshmen."

The top freshman of the meet is a teammate of Kishman's, Susan LaGrand. LaGrand swam the first leg on the winning 200 medley relay team before winning the 100 butterfly in 57.44.

"It's a dream come true to just be able to come here with a great team that supports me and a great group of people," LaGrand said.

East Grand Rapids and Grand Rapids Catholic Central combined to win 10 of the 12 events. Besides Eding, the only other champion not from those schools was Milan junior Taylor Hosein, who repeated as the diving champion.

The runner-up team finish was the best ever for Grand Rapids Catholic Central, eclipsing last year's sixth-place finish. The Cougars have been in the top 10 only six times, compared to 39 top-10s for East Grand Rapids.

"It's going to be a good rivalry," Briggs said. "This year they took a huge step forward."