Lake Linden scored 110 points to secure its first title since 1983, when it was competing in Class D. Pickford squeezed past Cedarville by less than a point for the runner-up honor, and Bark River-Harris took fourth.

“We’re trying to bring the legacy back,” said junior Laura Lyons. “Mr. G (coach Gary Guisfredi) is doing everything he can to help us carry on the program.”

“I think my starts were pretty good,” said Lyons. “I was in lane 8 in the 200, which made it hard to see the other girls.

“I didn’t know Sarah before today. Track is also a social event. Everybody’s just so friendly.” 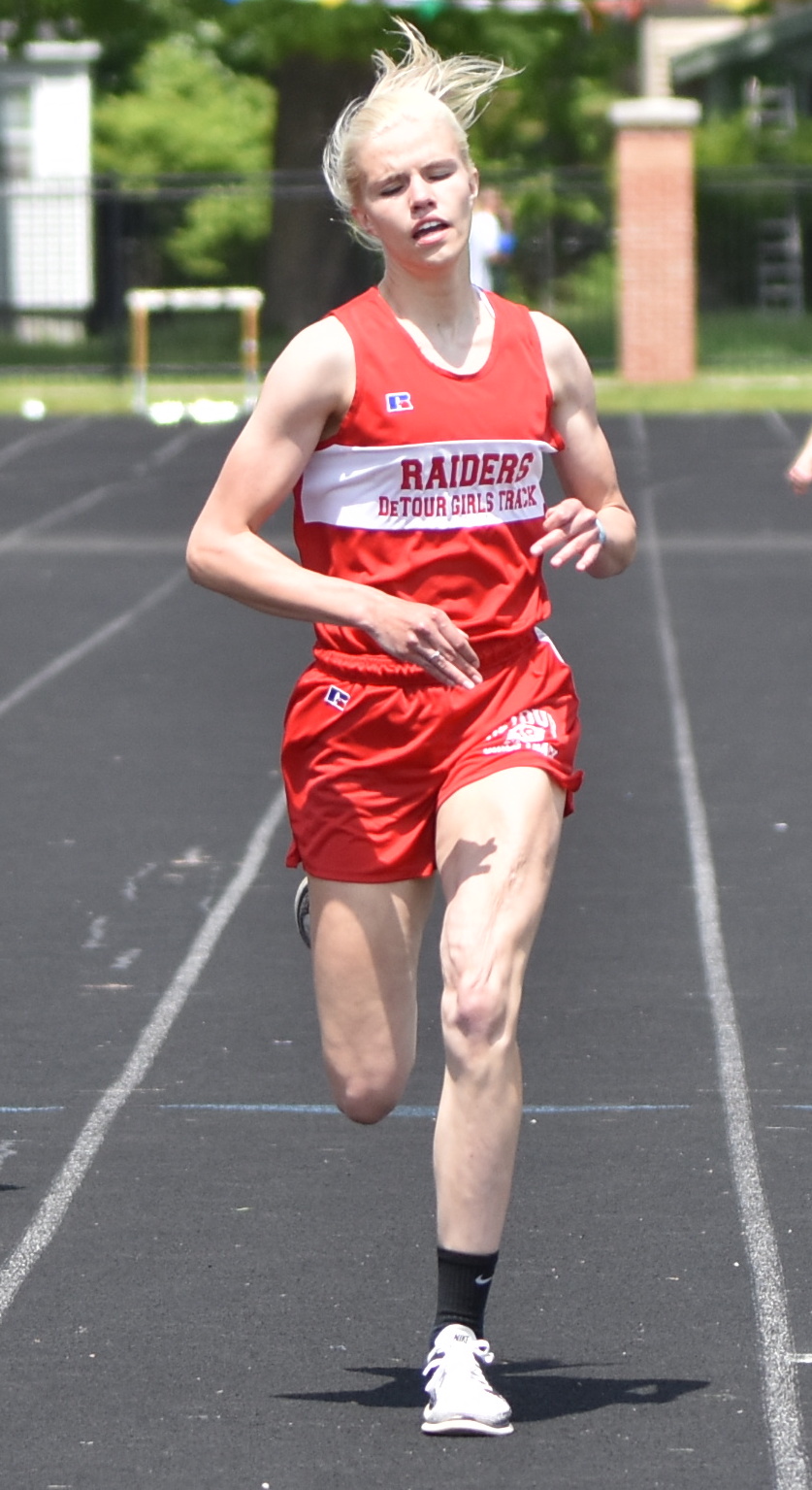 “I think that was my best time (in the 400),” said Bailey, who plans to play volleyball at Lake Superior State University this fall. “I had a pretty good start and tried to get toward the front. I had never seen (Lyons) before, but she was a good motivator. It’s always a challenge when you come here because you never know what you’re going to get.”

“I was pleased with my time in the 1,600,” said Daavettila. “The weather was perfect for the mile and I got a PR (personal record). There was a little bit of a breeze, but nothing to hold you back.”

PHOTOS: (Top) Lake Linden-Hubbell’s Lily Kumpula takes off during her leg of the 400 relay. (Middle) DeTour’s Sarah Bailey completes her championship dash in the 400. (Photos by Cara Kamps.)