“I just wanted to do my best,” she said. “I wanted to PR. But if I didn’t, that’s okay too. I love these conditions. The breeze helped out a lot. It’s hard to run in dead heat.”

“That wasn’t my best time in the 400,” said Coveyou, who was battling a chest cold. “My starts were better today than usual, but it was harder for me to breathe.”

The Saints started the day by squeezing past Manistique for the 3,200 relay title. They were clocked at 11:04.29, edging the Emeralds by two hundredths of a second.

“Four different girls tried out for the 3,200 relay and it took a while to find the right combination,” said senior Caitlin Dean. “We just tried to keep pace with Manistique. It was exciting when Allison (Smith) went ahead for a while.”

A first trip to the Finals provided plenty of motivation for Saints’ freshman Hallie Marshall, who also helped the 3,200 relay.

“Our (3,200 relay) team really improved at the Regional (May 18 at Manistique). After finishing so close to Manistique in the Regional, we knew we had a chance.” 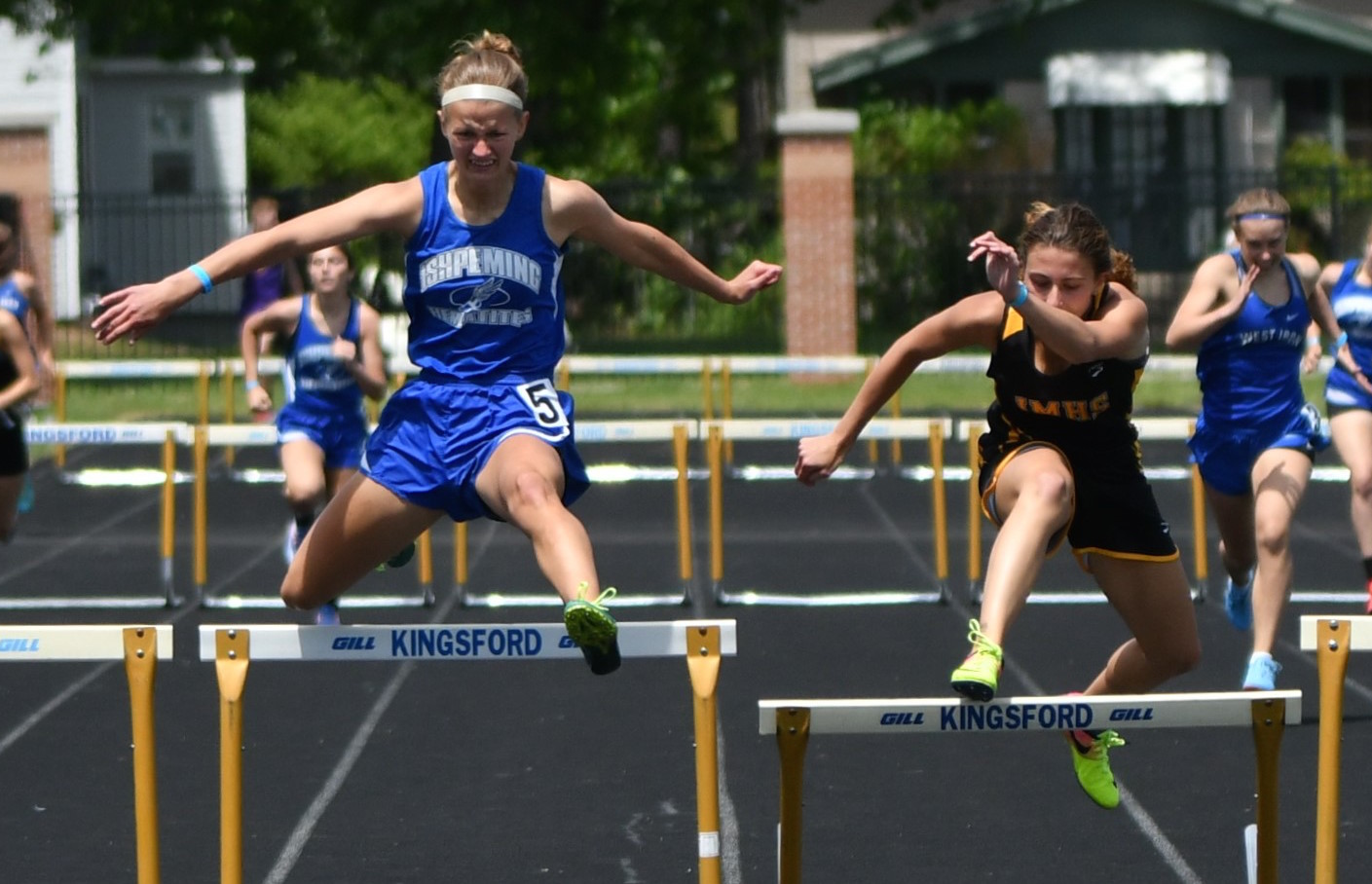 “It felt great to end the day with a W,” said Hart. “It was a great effort by everybody. It’s nice to have a competitive team. Our seniors show us what we need to do to reach that point.”

“That was definitely not my best jump, but I’ve been jumping around that height all year,” said Gustafson, who will play basketball at Northwood University next winter. “I just wanted to win it four years in a row. I wasn’t concerned about the height as much as the place.”

The Saints also got a first from Heather Lamb in long jump (14-8½).

“All the girls did good,” she said. “Linnee winning high jump four years in a row was real special. She works hard the year around. Emily did a great job considering she wasn’t feeling the best. Libby works real hard. That was an amazing performance by her.”