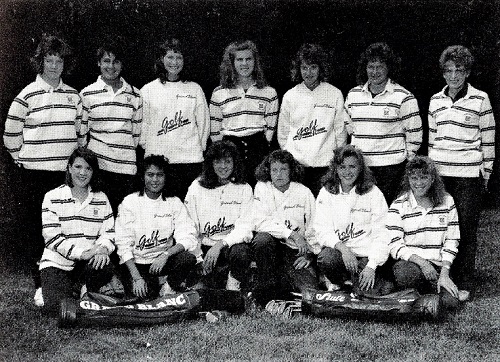 Clegg became Grand Blanc’s first girls golf coach in 1975, leading the team to a fifth-place finish that spring in the third MHSAA Girls Golf Finals – when all 83 teams were assigned to one “Open Class” and nine advanced to the championship tournament.

The Grand Blanc View reported in detail her pioneering work with the program when she was inducted into the MHSCA Hall in 2006. (The statistics above were taken from her bio from the MHSCA Hall of Fame.)